Obviously, it is a very difficult question to answer. In fact, it is also too early to answer this question, but we can ask is Brazil capable of winning the next soccer World Cup 2014? Does Brazil deserve it? Well, for lots of people, this question was very easy to answer as the five-time winner was shaky not very long ago. Brazil’s performance was not solid, but the result of the Confederation Cup 2013 made everything difficult for the Brazil haters. Now, we have to admit that Brazil played really well in the Confederation Cup 2013, and it can hope for the title of the upcoming Soccer World Cup 2014. Scolari does think so.

Even few days ago, Legend like Zico and Pele were very frustrated. Don’t forget the number of coaches Brazil changed to get a good result. Finally, Brazil achieved something good.

Yes, Brazil has tried its best, and its performance shown that it worked, but things will not be the same in the next competition. World Cup is much tougher than the Confederation Cup. Pressure plays a great role. Do you think Neymar will be able handle that enormous amount of pressure? I don’t think so. He is still too young. What about other competitors like Germany, England, and arch rivals Argentina? Though Spain was devastated by Brazil in the final, but you can’t rule out Spain from the title race. Spain has too many high-profile players, and they will be more desperate to defend their title.

Some believe that the next winner will be a team from Latin America. Do you think Brazil can beat Argentina now or in the World Cup 2014? I don’ t think it will be easy to beat Argentina, though it is obvious that Brazil will play better in the World Cup, but the team lacks experience. Argentina could be stronger than Brazil in 2014, I think. Alejandro Sabella, head coach of Argentina, has tried to find the best combination to help Messi. Messi could be more dangerous in 2014! This magician deserves a World Cup title.

To be honest, Brazil has not faced extreme level of pressure, competition, and expectation in the last competition. This cup is nothing compared to the upcoming World Cup-the greatest show on earth, but you never know what will happen in the next level. Players like Hulk, Fred, and Neymar could make a difference. Scolari has lots of experience. He does know how to win a World Cup, though he has no Ronaldo this time. Good luck for everyone!

The first part of successful defending in football training is the fact that you must keep a strong focus on the football throughout the game. By knowing where the ball is and what techniques to use to get the ball away from the opposing team, you can scan for opportunities to defend. This is done by considering the place of the ball, and deciding what strategy that the opposing team is using. It is important to quickly find this strategy and come up with a method that places you ahead of the moves of the opposite team.

The second part of a successful defender in football training is to make sure that you are familiar with various skills and techniques. The more that you know, the better you will be at defending. It is essential to learn different dribbling and passing techniques. The main goal in defending is to keep the ball out of the control of the opposite team. Once you have ensured that the other team does not have possession of the ball any longer, you can start developing a strategic plan to keep up control of the football and score your next goal.

When defending, it is important to know many different techniques. You should make sure that you are mentally and physically capable of performing these techniques. Playing football is a physically challenging sport, and it remains true even during training. It is important to support a healthy lifestyle throughout training to be certain that you are up to the task. You will want to make sure that you are eating healthy and drinking plenty of water each day. This is a necessary part of making the most of your training and being on top of your game when it comes to defending.

In order to be a successful defender it is important that you do many drills. These drills can be as a person or as part of a group. A fine mixture of both kinds of drills is ideal. This will help train your body to successfully carry out many motions. These drills will help you to carry out numerous tactical maneuvers with ease. Once you are familiar with the tactical application of many drills and defending techniques, your football training will improve. 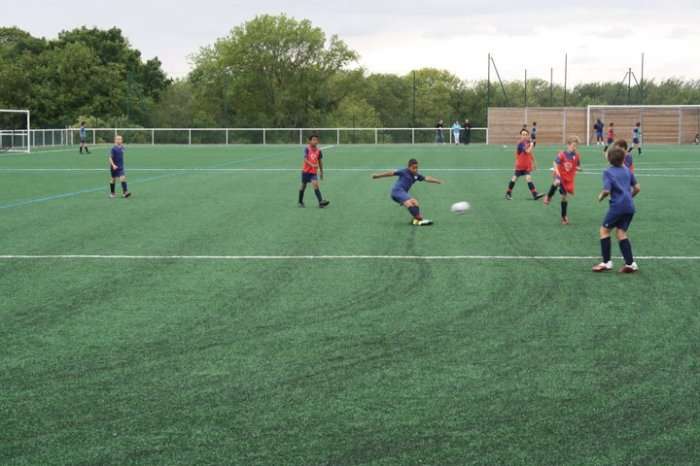 There are many things that you can do to be a successful defender. It is important to make sure that you are mixing a healthy lifestyle with other key components to maximize your potential for success.