With the commercial appeal of football dominating, if not leading the football game in many ways (the industry in general is dominated by summer tours of countries with lucrative commercial Audiences, player endorsements and corporate sponsorships), football tends to buck most commercial trends. It is no small coincidence that over 60% of Premier League Teams are now foreign-owned by successful wealthy foreign owner who will tell you what you already know – that the game’s global commercial appeal is unquestionable. But how much influence do player yield off the field?

With the game having so much commercial involvement, the players have also enjoyed rocketing salaries, thanks to image rights whenever clubs use their photo or name, commercial endorsements with private sponsors and, the customary media attention that has come with it. With that comes the consumerism that is intrinsic to the proliferation of fashion websites, magazines and the attention surrounding football stars and their lifestyles – including, of course, what they are wearing. 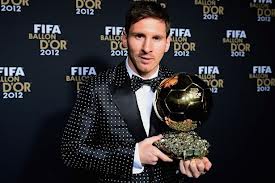 How much then, if at all, do football stars influence men’s fashion? In the case of the most famous of all sport-related clothes horses, David Beckham, whose footballing success has been at the very least, matched by commercial appeal – quite a lot. Beckham has it seems been one of the few footballers to truly influence fashion in general – let alone men’s fashion.

From his Mohawk in 2002, adopted by millions around the world, to being the first men’s sports star to adorn the cover of leading women’s magazine, Marie Claire – how much of this is down to sporting prowess? How much is down to “just being a footballer?” There are dozens, if not hundreds of famous footballers, after all. Can you honestly say that many of those influence fashion as easily?

However, in general, for footballers with considerably less ability and commercial appeal than the David Beckhams and the Cristiano Ronaldos of this world, their influence on fashion isn’t very clear. Ergo, since not every footballer has the appeal as David Beckham, it can’t surely be said that all footballers in general have a positive influence on men fashion.

ISAFA is a not for profit association that helps people in need. View all posts by ISAFA

This site uses Akismet to reduce spam. Learn how your comment data is processed.